Illegitimi non carborundum – Don’t Let the Bastards Grind You Down

Here for your edification and enjoyment are yet more Inductees into the Rectal Cranial Impaction Hall of Fame. These are the folks who leave us dumbfounded, dumbstruck and dumbfucked, in no particular order:

DISCLAIMERS: Any picture/Inductee duplication is purely intentional. You may also notice that the majority of Inductees are men. Dearies, that should require no further explanation. This blog post includes text and photos…because a picture is worth a thousand words.

OMG, Iowa Caucuses are really over and the “Our liberties we prize and our rights we will maintain” folks have spoken. Firstly, let me say that as a Canadian, this is one of the things I love about American politics. It is messy, it is exasperating, entertaining and for the most part, it is all out there. We Canucks are more politically anally retentive as demonstrated by the former fascist Stephen Harper government, which shut down all national debate and discussion…but I digress.

Cirque Du Toupee was handed a humiliating defeat at the hands of Ted Cruz.  Showing fake humility when conceding, Donald Trump reverted to form in a relentless and hysterical twitter rant the next morning calling Cruz a liar and cheat, and demanding a do-over. Revealed for the sniveling whiner that he is, Cirque Du Toupee is heading for implosion. and its going to be UGE! Ted Cruz, that picture-perfect Tea Party evangelical prays to a GOP Jesus who is so hateful it is embarrassing. Perhaps he comes by that genetically.  Cruz’s father Rafael is a Cuban emigre and RWNJ evangelical preacher who encourages congregants to “tithe mightily”. Speaking of tithing mightily, Ted is married to Heidi Cruz, a Goldman Sachs investment manager. Needless to say. Goldman Sachs has been a big Cruz Campaign supporter. Add the fact that Ted is mucho unpopular in Congress and out, and he fits in perfectly into the GOP Clown Car.

Uncle Ben Carson DID NOT QUIT THE RACE but has yet to show up in New Hampshire. Apparently he flew to Florida because he needs a change of clothes, a nap and Plan B. Oh, and he’s furious with Ted Cruz…whose campaign apparently spread rumors that he had quit. Honestly Dearies, I can’t make this stuff up and it truly isn’t brain surgery. The GOP and GOP Clown Car are indeed The Gift That Keeps On Giving. 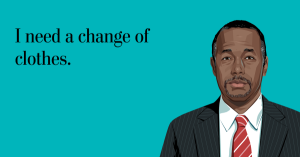 Here in Beautiful British Columbia, Conservative-In-Liberal-Clothing Christy Clark posed for yet another cheesy photo op after FINALLY being dragged kicking and screaming to sign legislation to preserve our Great Bear Rain Forest and the iconic Spirit Bear. First Nations, for whom the Rain Forest has been home for thousands of years, are also its guardians. As part of the Rainforest Solutions Project, they have relentlessly pursued The Great Bear Rainforest Order on our behalf. See the link to Elizabeth McSheffrey‘s excellent article in the National Observer, below. You know an election is on the horizon next year, because taking a page from the Fourth Reich & Stephen Harper playbook, warm fuzzy TV ads are playing relentlessly, telling us how wonderfully Christy has NOT been doing for BC children and families…The Bigger The Lie

WTF is up with the NFL? They are still partnered with that paragon of slave labor Papa John’s Pizza for the Super Bowl. Papa John’s Owner John Schnatter was successfully sued by New York State Attorney General Eric Schneiderman, for amongst other things, wage theft. Shame on NFL Commissioner Roger Goodell & Co. Methinks we probably won’t be seeing any public service announcements about concussions, during the game…

There is a Special Place In Hell reserved for Shepherdsville Kentucky’s classy Mayor Scott Ellis who admitted to soliciting & receiving sex in return for helping parolees, but defiantly refused to resign. “I needed a blowjob” said Hiz Honor. His partners in crime, Bullitt County Sheriff’s Office  fired Detective Lynn Hunt after she uncovered enough evidence to arrest Ellis. Special Prosecutor Mark Shouse “went where the evidence took me” – NOT. The Good Ole’ Boys Club is alive and well in Shepherdsville Kentucky Y’All! Joining Ellis in hell is anti-abortion rights activist and sweet little old lady, Pat Lohman who secretly bought abortion clinics and lured in poor and vulnerable clients who thought they were Pro-Choice. Once there, potential clients were struck by the wrath of god and persuaded not to have an abortion. See the link to Petula Dvorak‘s article in the Washington Post, below. Am willing to bet my life that Pat Lohman would be horrified if you suggested that she take financial care of all of the poor babies she forces into this world. Hallelujah and pass the poverty! 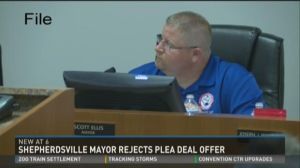 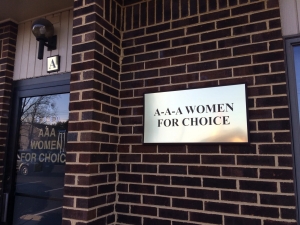 Hell-bound too is Martin Shkreli, the Wall Street PharmaScum appeared before a congressional committee this week and smirked his way through the hearing about pharmaceutical price gouging and his companies Valeant Pharmaceuticals International Inc. and Turing Pharmaceuticals AG.  Of course Shkreli invoked the Fifth.  He later tweeted that committee-members were imbeciles. It is comforting to know that this scumbag will probably be convicted on unrelated federal fraud charges. Dare I suggest that Shkreli is a text-book narcissistic sociopath-which describes so many on Wall Street. Am sure his bravado will quickly fade in the general prison population with his new boyfriends…

Am nursing a migraine after discussing all of this buffoonery. There is never a shortage of Inductees, on the contrary too many and too little space.

PLEASE tweet me your suggestions for future Inductees into the Rectal Cranial Impaction Hall of Fame… Your input is invaluable! And Keep The Flag Flying @MissMyrtle2